Langton’s Ant is a turmite governed by simple rules whose outcome is both unpredictable and intresting. The path taken by the ant generates some surprising shapes, never appearing when you would expect them to, but a seemingly random moments. This article describes the rules behind Langton’s Ant, shows some of the images formed and provides a Python programme to simulate the ant.

Chris Langton is a biologist, and the founder of the field of artificial life. One of his simplest and most intresting creations is Langton’s Ant. It is quite important theoretically, but it also has some intresting practical applications.

The ant’s world consists of a grid, possibly infinite, but limited in our example: 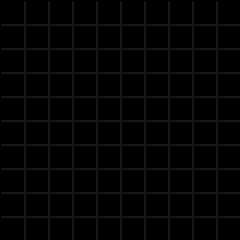 The ant always moves through this grid one step at a time. It’s direction and it’s effect on the grid is defined by 3 simple rules:

It is fairly obvious that the ant’s movement will leave a coloured trail. When asked, most people would guess that either no patterns show or that some basic symmetric images appear. What actually happens is this.

For the first 50 or so steps, it just seems to move around randomly, and then at step 52, you get a heart: 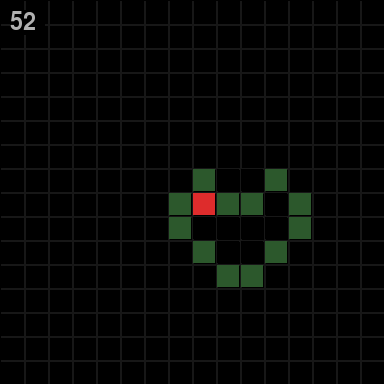 For the next 300 or so steps, the ant seems to draw random shapes, ofter erasing what it had drawn before. At about step 383 you get something that looks like this: 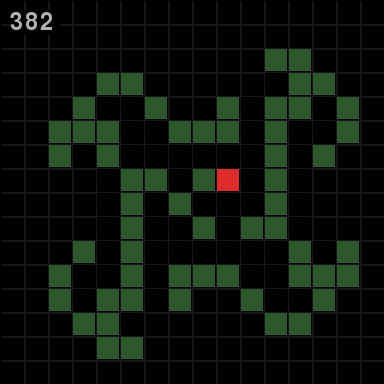 Next you get what’s technically known as a mess. The ant’s movement degenerates into chaos. No more patterns are observed: 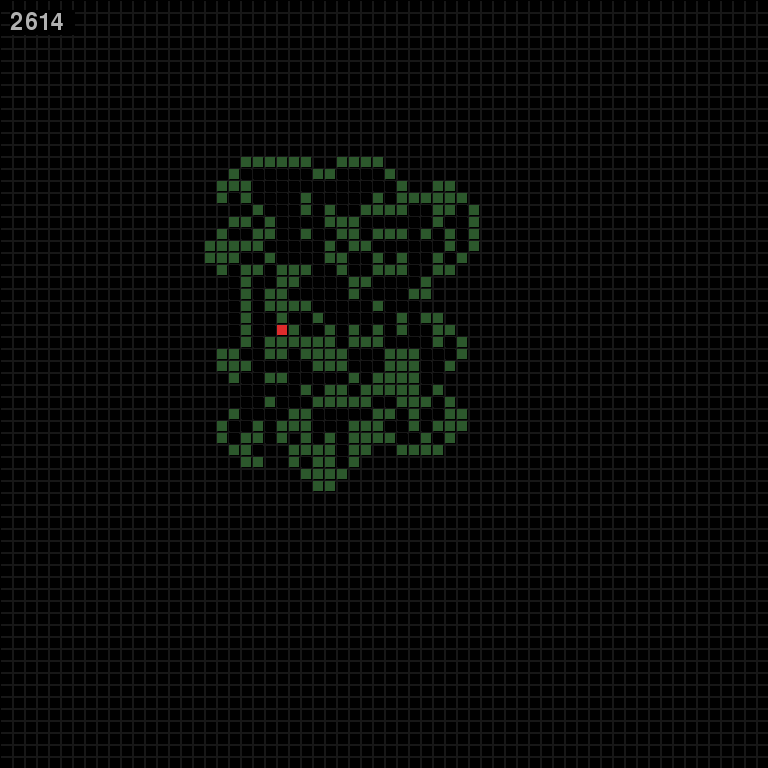 By now, you are probably thinking: “Well yes. Simple rules, so at first you get simple patterns, but as the board gets more and more complex, the simple rules can’t handle it, so the ant moves randomly”. Well that’s right, up until about step 10000; that is when you start getting highways.

The highways the ant draws are intresting shapes. You can see one at the bottom of the next image. It is the diagonal bit going down and right. To build then, the ant seems to move in circles, the last row forcing it to draw the next. Thus, the ant continues to draw until something gets in its way. In this simulation, because the screen wraps around, the ant eventually gets back to the mess, where it starts moving randomly again. 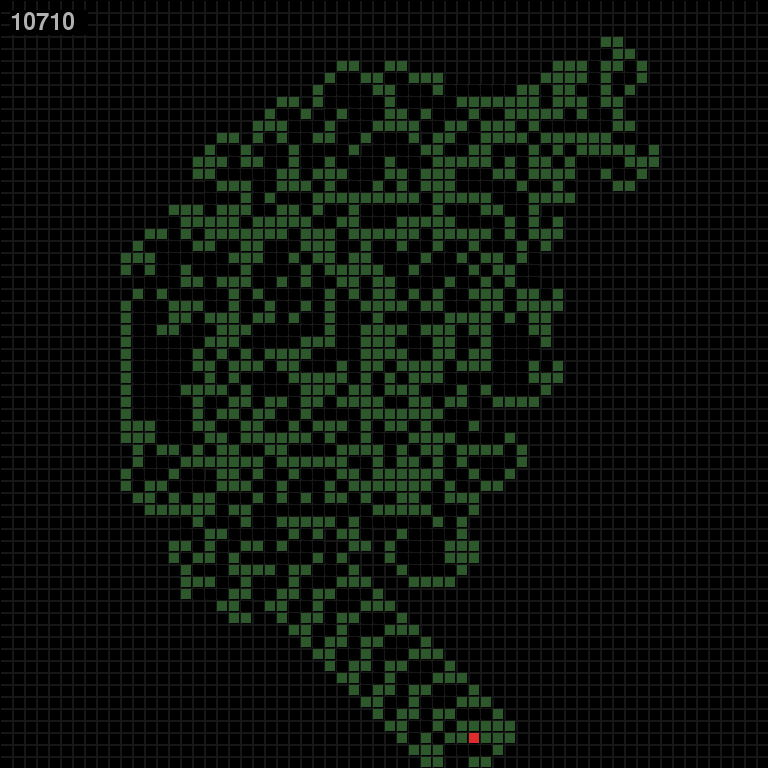 What’s intresting is that, after some time, the ant starts building highways again. Actually, there is no known way to stop it. The only hindrance here is that the board is finite so it has a tendency to fill up. Anyway, here’s what the board looks like at step 97049: 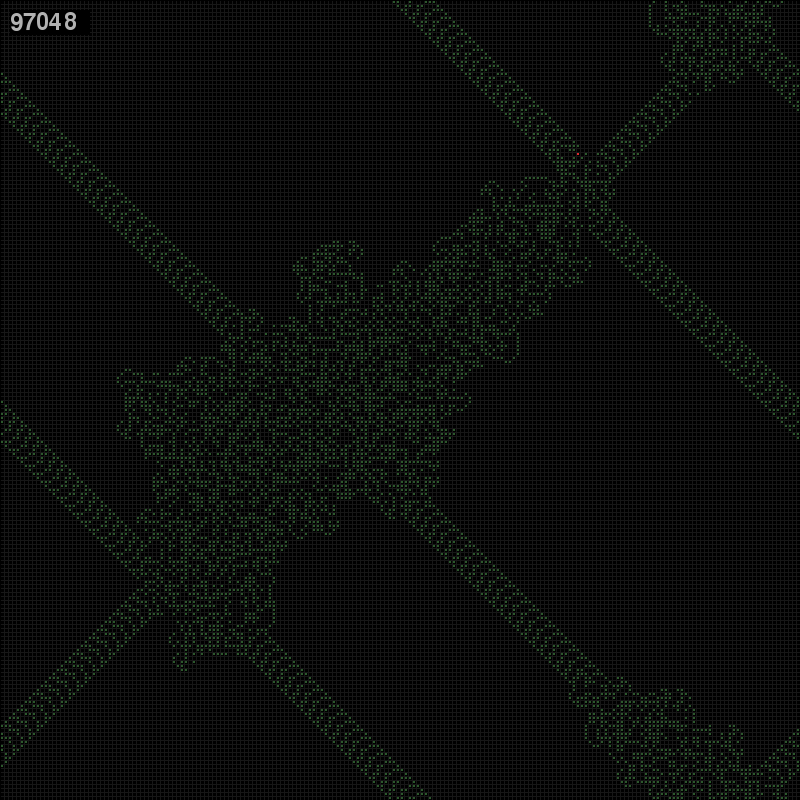 The following is a simple programme written in Python and using PyGame.

The variables that control the display and the board are at the top of the programme. They are heavily commented so there shouldn’t be any problems.

Here’s the code in Python (langton.py):

It is intresting to note that although you know all the rules that govern the ant’s universe, you cannot predict its movement without resorting to simulation. This just goes to show that knowing the rules of the components at the lowest level might not help you understand the system as a whole.

That’s it. Have fun with the code. Always open to comments.